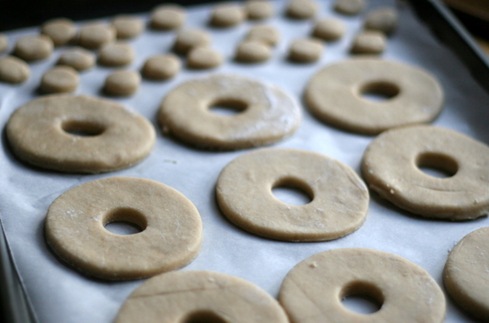 The October 2010 Daring Bakers challenge was hosted by Lori of Butter Me Up. Lori chose to challenge DBers to make doughnuts. She used several sources for her recipes including Alton Brown, Nancy Silverton, Kate Neumann and Epicurious.

I decided to try my hand at a recipe I’ve been dying to make forever – apple cider doughnuts from Smitten Kitchen.  And this this is the perfect time of year to make these – so the choice was easy.

I’m actually not a huge fan of doughnuts – although they are delicious – I really try to not eat them (mostly because they are so not good for you) – and if I do – there are really only two kinds that I like the chocolate glazed and the peanut.  And of course if I’m out somewhere in the fall and there are fresh apple cider doughnuts – I may be tempted to try one.

First - I cut out the dough using a 3 1/2 inch round circle cutter and a 1 inch round cutter for the holes. 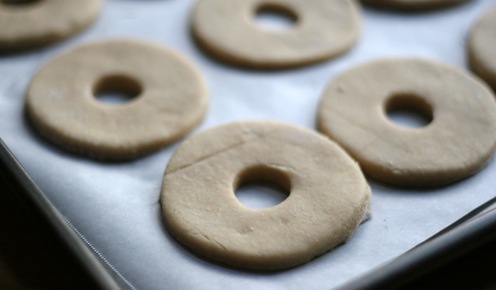 The oil – I used a mix of canola oil and Crisco – must be 350 degrees F for this to work properly. 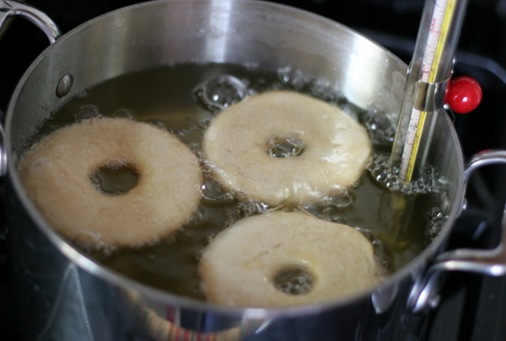 One minute on each side – and they are done! 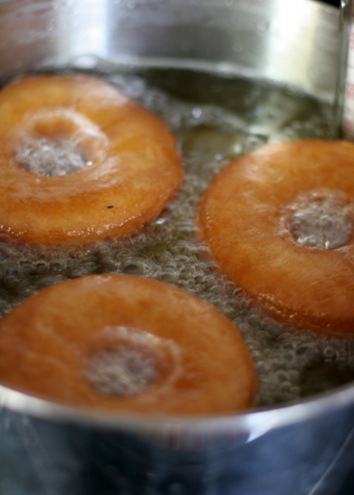 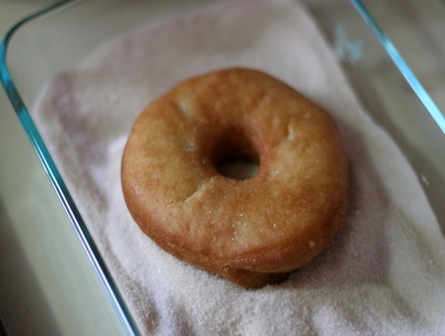 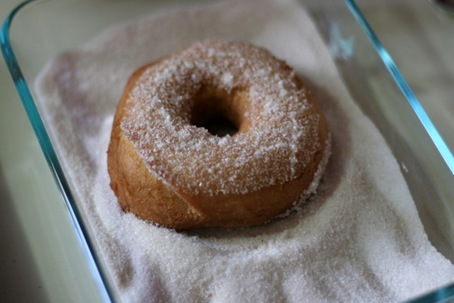 And the best part (for taste testing purposes) are the doughnut holes! 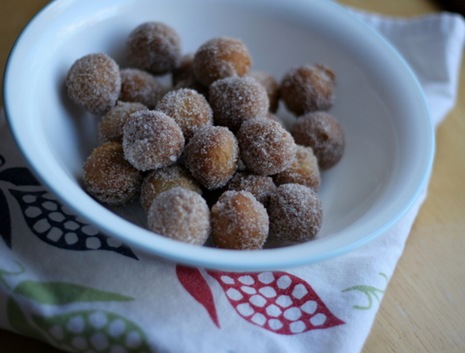 They were perfectly soft and crisp – with a faint hint of apple cider. 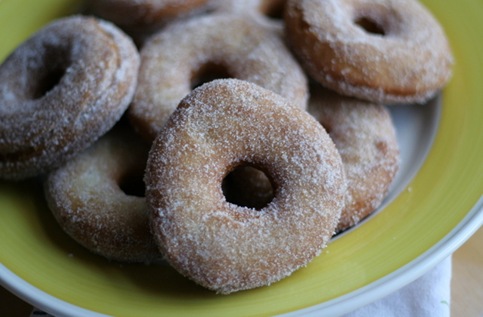 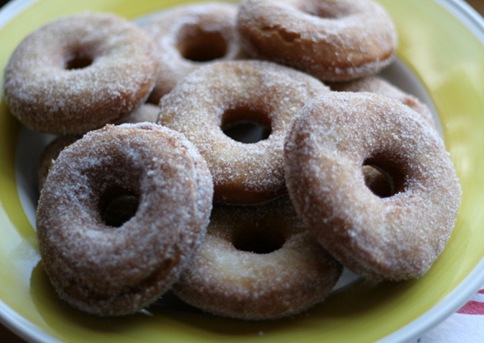 They were the best when freshly made – perfectly cooked. 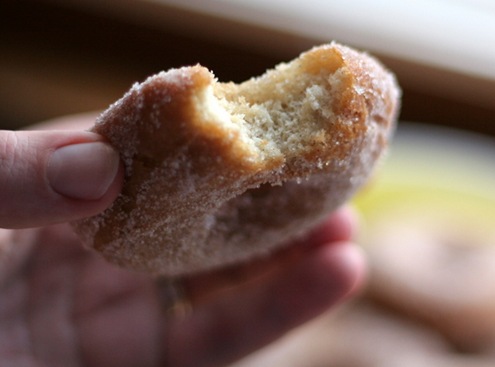 1. In a saucepan over medium or medium-low heat, gently reduce the apple cider to about 2 tablespoons, about 15 minutes. Set aside to cool.

2. Meanwhile, in a bowl, combine the flour, baking powder and soda, cinnamon, salt and nutmeg. Set aside.

3. Using an electric mixer on medium speed  with the paddle attachment beat the butter and granulated sugar until the mixture is smooth.

4. Add the egg and continue to beat until completely incorporated.

5. Reduce the speed to low and gradually add the reduced apple cider and the buttermilk, mixing just until combined.

6. Add the flour mixture and continue to mix just until the dough comes together.

9. Place the cut doughnuts and doughnut holes onto the second sheet pan. Refrigerate the doughnuts for 20 to 30 minutes.

10. Add enough oil or shortening to a deep-sided pan to measure a depth of about 3 inches. Attach a candy thermometer to the side of the pan and heat over medium heat until the oil reaches 350° F. Have ready a plate lined with several thicknesses of paper towels.

11. Make your toppings (if using): Make the glaze by whisking together the confectioners’ sugar and the cider until the mixture is smooth; make the cinnamon sugar by mixing the two together. Set aside.

13. Drain on paper towels for a minute after the doughnuts are fried. Dip the top of the warm doughnuts into the glaze or cinnamon sugar mixture (if using) and serve immediately.